Did you know, every Winter, at least one septillion (that’s a 1 followed by 24 zeros) snow crystals fall from the sky?

Stay warm out there!

After a presidential election, understandably, our clients always have lots of questions about potential changes to elder law planning. Often times, tax considerations and government programs, like Medicaid and Veterans Benefits, are reviewed. While change can be slow to occur, it is the perfect opportunity to make sure long-term care planning is a consideration for seniors and their families. The following information is adapted from Valerie Peterson’s November 10, 2106 article, “The Need for Elder Law Planning Increases Post-Election” on the ElderCounsel Blog.

Possible Medicaid Changes:
For some time, House Republicans have been concerned with Medicaid reform. Their general idea is to set limits on how much to reimburse states per Medicaid enrollee. Their proposed changes would either give states a set amount of Medicaid funding based on current spending OR disregard changes in costs per enrollee beyond the growth limit, which is set below the projected rates of growth under current Medicaid laws. While these options may allow for more control of federal spending and give states additional flexibility, they do create an incentive for states to reduce Medicaid payment rates AND restrict benefits. This is not good news for those applying for long -term care Medicaid. However, it should be said that these per capita caps and block grants are nothing new. Over the past twenty years, they have been proposed multiple times, but never implemented.

Potential Affordable Care Act Repeal:
Both the President-elect and House Republicans have been very vocal about repealing the Affordable Care Act as soon as possible. If this takes place, approximately 14 million fewer people would have access to Medicaid, meaning more innovative ways to obtain Medicaid may need to be utilized.

Improvements for Veterans:
It’s no secret that the VA has long been criticized for how applications for benefits have been handled. A large part of the President-elect’s campaign was VA reform. If this plan is ultimately implemented, it will dramatically improve the treatment of Veterans. The VA has yet to publish their final rules regarding the Aid & Attendance benefit, so the effects on the pension are not yet known. It is likely that the changes will include a lookback and/or a penalty period.

Conclusion:
It is not our intent to scare anyone or pretend to see the future of these issues. Our only goal is to educate you on the outlook given the information we have available. If you have specific questions about any information in this article or would like to discuss your individual situation, please give the office a call at 302-656-3393. As always, we will continue to provide you with updates as things move forward.

This newsletter is intended for informational purposes only and does not constitute legal advice. For legal advice, consult a licensed attorney. The examples used are simplified for ease of understanding and illustration of general concepts.

About the Firm: Announcements

Home for the Holidays

After the holidays, we typically receive a rash of calls from adult children who have found their family member to have aged a little more than expected since their last visit home. Some typical signs that a relative may need assistance are:

If you notice physical and/or mental symptoms that indicate your loved one may need some extra help, please don’t hesitate to give us a call. We would be happy to talk about keeping your family member safe and, in turn, giving you peace of mind.

This newsletter is intended for informational purposes only and does not constitute legal advice. For legal advice, consult a licensed attorney. The examples used are simplified for ease of understanding and illustration of general concepts.

The Highest Compliment Is Your Trust!

We would like to thank YOU for continuing to refer our firm to others. It is because of you that we can assist so many with their elder law needs.

A warm thank you to: 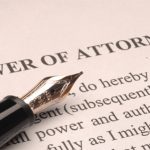 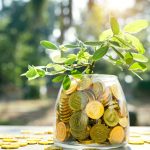